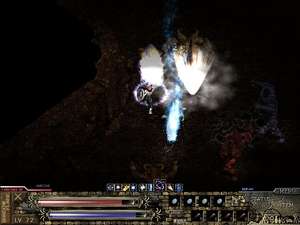 ShadowFlare: Episode One is a freeware software app filed under action games and made available by Emurasoft for Windows.

The review for ShadowFlare: Episode One has not been completed yet, but it was tested by an editor here on a PC.

If you would like to submit a review of this software download, we welcome your input and encourage you to submit us something!

In ShadowFlare, you start your journey as a hired mercenary working for gold, precious items, and fighting experience in a demon-ruled land. Once you've reached a certain skill level in the game, you'll be able to choose a new profession for your character as a warrior, wizard/witch, or hunter.

ShadowFlare has a high level of difficulty; however, do not worry - you will have an animal companion to fight alongside you. Let's the journey begin.

ShadowFlare: Episode One on 32-bit and 64-bit PCs

This download is licensed as freeware for the Windows (32-bit and 64-bit) operating system on a laptop or desktop PC from action games without restrictions. ShadowFlare: Episode One 2.001.000 is available to all software users as a free download for Windows 10 PCs but also without a hitch on Windows 7 and Windows 8.

Compatibility with this software may vary, but will generally run fine under Microsoft Windows 10, Windows 8, Windows 8.1, Windows 7, Windows Vista and Windows XP on either a 32-bit or 64-bit setup. A separate x64 version may be available from Emurasoft, Inc.

Screenshots of ShadowFlare: Episode One (6)